One of the exciting projects I’ve worked on at school was Soulbound. The alpha version of the game was made between October the 14th 2013 and Januari the 30th 2014 for PC, Mac and Linux. You can still download and play the alpha version!

Soulbound is a action-adventure game that mixes elements of Diablo and Pokemon. In this game you play as the Beast Master and explore sprawling dungeons. But the Beast Master is not strong enough to withstand the monsters that lurk in the dark. Instead you need to tame these monsters and let them fight for you.

You start of with a few monsters that’ll accompany you in you journey. They have two abilities, one normal attack and a special ability. The monsters you defeat can be added to your team or you can use them to heal the Beast Master. If the Beast Master dies, the game ends. The goal is to make it to the end of the dungeon where a boss battle awaits you.

My main role in the project was working on part of the 3D models for the game – such as characters and level assets. This also included the rigging and animation of these characters. The characters were all based on drawings that were made by the lead artist in our team. We were on a tight schedule so the characters were pretty low poly. But in total we managed to make five playable characters that had all a similar style.

The golem was the second character made during the project. It was the biggest and also the slowest character in the game.

The first character created was off course the Beast Master. The first version of this character had a whip used for taming the monsters. But because of some difficulties this got removed in following versions.

Part of the teaser, which you can see in the last part of the following video, was also made by me. The video was also used in the trailer and as the opening scene for the game.

Although there were further plans to continue development after the alpha state, the team fell apart in an attempt to create a new version of Soulbound. This happened a while after the announcement of the game being greenlit on steam. There’s still some cool artwork up on the Facebook page. I guess, for now, the project is put on hold.

I think we got some nice coverage on the game. Here are some links on the coverage we got.

I’d like to thank everyone involved for an amazing experience:

And thanks to everyone who tested and played the game.

Posted on September 12, 2016 at 16:59 by Dylan Dophemont in Games | Tagged Rotterdam University of Applied SciencessoulboundToo Many Developers

Had fun making this little game past weekend. It was made during the 31st Ludum Dare with the theme “Entire Game on One Screen”. At first I tried making something else. But with no clear direction, halfway through, I got what I thought was a better idea – Tiny Bear Adventure. Basically, in this game, you just place tiles on the playing field and see how this bear with a sword and a shield moves to a random tile. It’s very random, yeah, but with a little more work, I actually see some potential in this silly little game. So I’ve decided I will try and work on this in the weekends to come.

This is Last Mum Standing, a game I made for the annual, third gameboy jam, which was held from the 1st to the 10th of August. It’s not really what I wanted it to be. I had some trouble with figuring out HaxePunk. But I managed to make a neat little game within the time limit.

In conjunction with HaxePunk, I used GraphicsGale for graphics and animations. Sounds were made with Korg DS-10 for Nintendo DS.

Play it on Game Jolt! 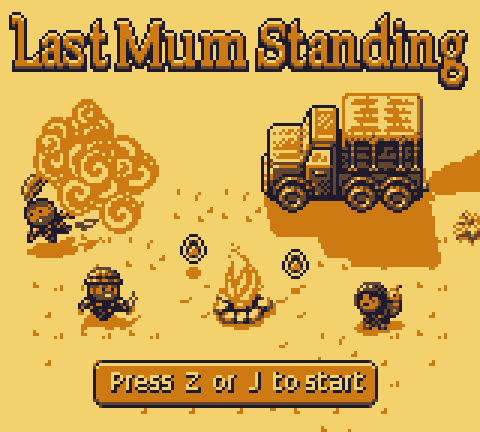 Posted on November 22, 2014 at 14:04 by Dylan Dophemont in Games | Tagged gamegameboyjamlast mum standing 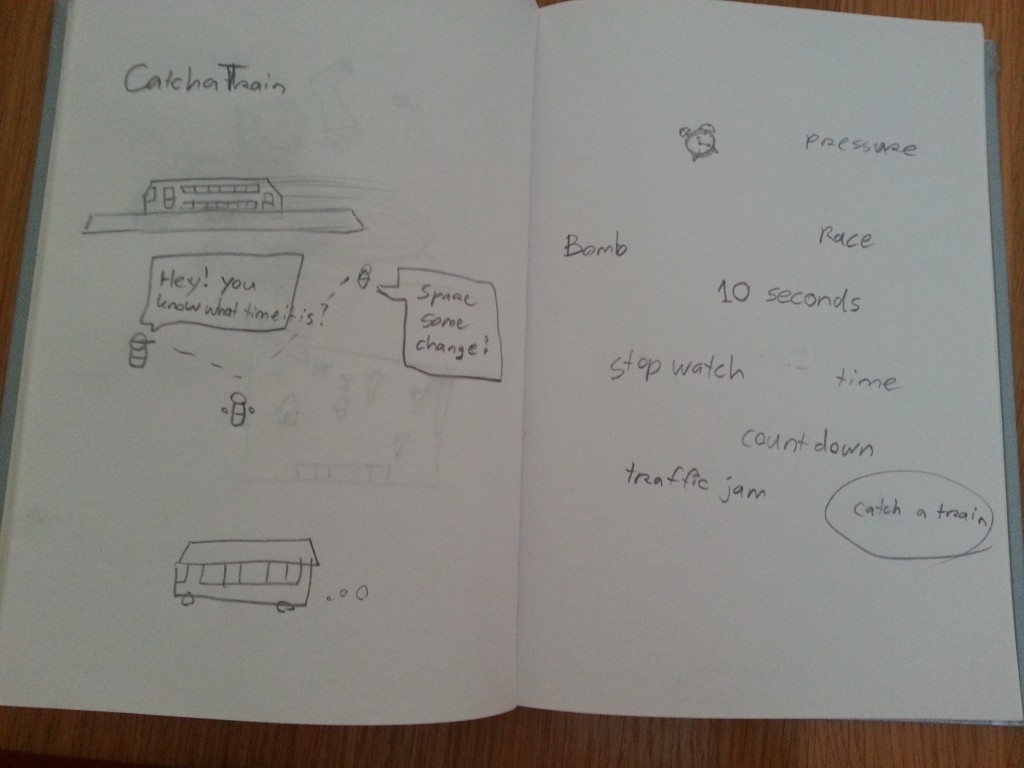